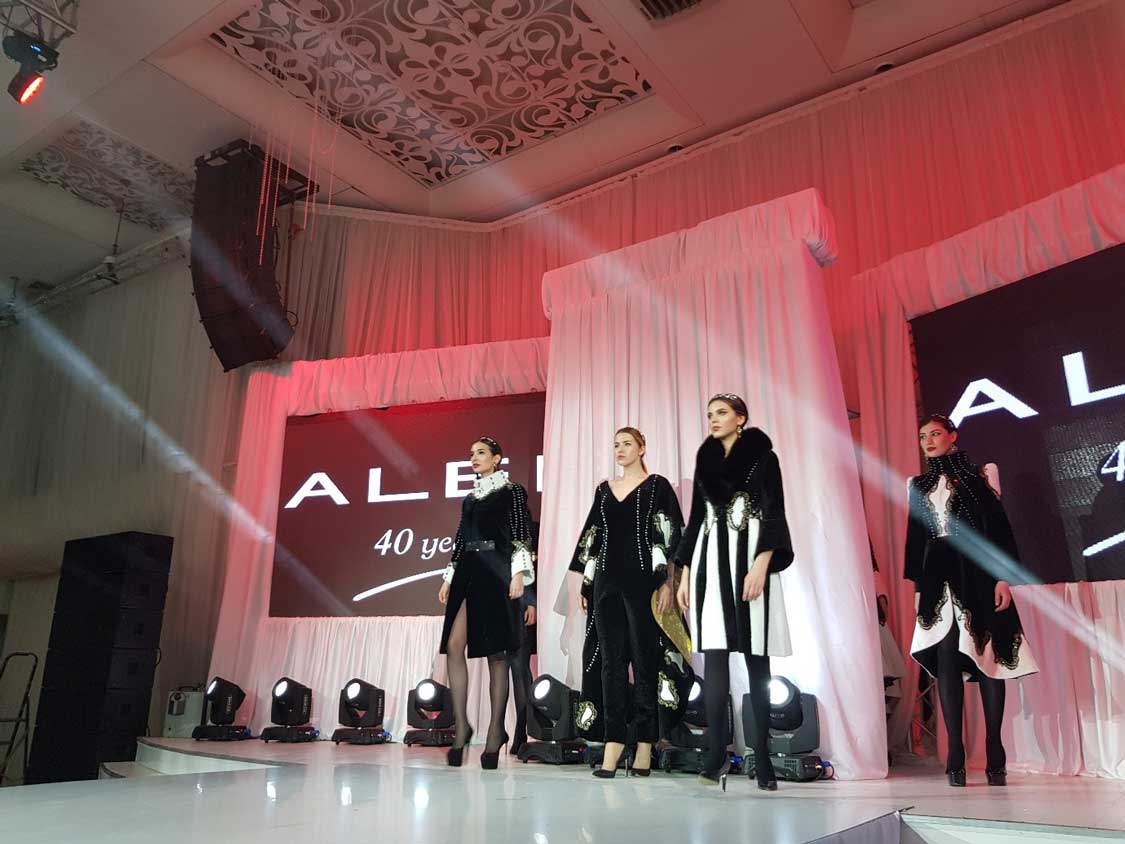 At the foot of the Caucasus Mountains, Pyatigorsk is a crossroads of different cultures and ethnicities cooperating to produce fur. Jews, Muslims, and Christians all work together on the tree lined streets of the market town, making it the heart of Russia’s fur trade.

Last week marked the annual fur trade fair in the city, Soft Gold of Russia, which brought hundreds of guests and dozens of exhibitors from Russia and beyond. Founded only last year, the trade fair has grown quickly in size due to the potential of the Russian market.

”I was impressed by the quality of the skins used in garments at the fair, as well as the level of design and techniques,” says Kasper Scott Reinbacher, Kopenhagen Fur’s VP for International Sales.

With the most popular garments being natural colours, many manufacturers also made use of dyed pastel colours like pink and blue. Mink mutations like Jaguar and Silver Cross were also popular trimmings.

”Exhibitors were generally happy with the fair, since sales were strong. It shows that there is a lot of possibility for growth in the Russian market,” says Kopenhagen Fur International Sales Manager Viktoriia Pustynikova.

With a population of roughly 140,000, Pyatigorsk has become Russia’s answer to Kastoria in Greece. With many decades of experience working with nutria and lambskin, manufacturers have recently turned their attention to using mink and fox skins.

Kopenhagen Fur was the general sponsor of the gala show for the fair, and both farmers and manufacturers were excited to ask questions ranging from sustainability, to buying at auction, to how they could work more closely with the world’s largest skin auction house.

At the gala show, fair organiser Alexey Simkin said that he was proud that the turnout showed the sense of togetherness present in the fur trade.

“This fair is about friendship, and facing challenges together,” he said.