Auction News 2018 May Kopenhagen Fur’s May Auction
9. May 2018Category Auction 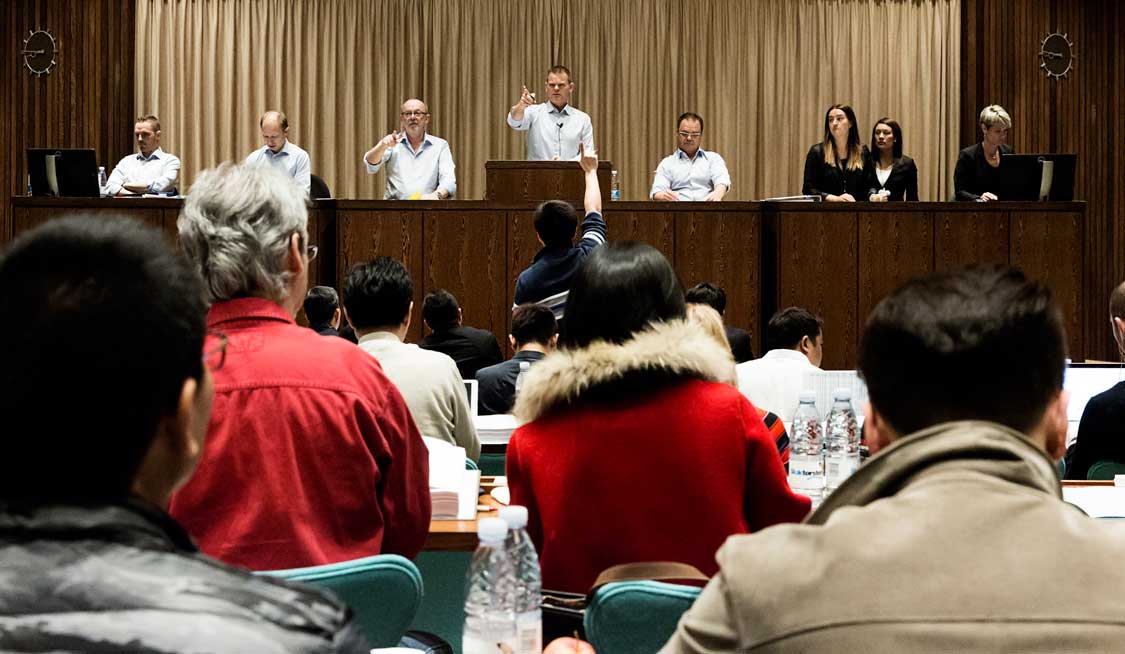 Kopenhagen Fur offered 7 million mink skins for sale at its May auction. The auction firmly established the market’s preference for quality Danish mink skins, while the rest of the collection received less buyer interest in the auction room.

The price for mink skins fell 5 percent in relation to the auction in March, and about 80 percent of the auction offering was sold. Total revenue for the eight auction sales days reached 1.2 billion Danish kroner.

In the main markets, especially China, there is still a surplus of finished goods from the overproduction of past years, which continued to affect demand in the auction room. Over the last few years, global production has decreased from 80 million skins to under 50 million skins, so there has been a marked decrease in production which continues to play out. Even though the winter retail season was satisfactory, international auction customers are still purchasing cautiously.

The May auction began with noticeable haggling about the price level, and much of the offering remained unsold after the first day. Over the following days, customers became more interested in the current price level and sales percentages increased.

”We know from many of our sources in the market that many fur manufacturers have chosen to hold off their purchase of skins until as late in the season as possible. The May auction is just the third of five auctions in all, so our customers still have possibilities to buy skins at our auctions in the end of June and in September,” says Jesper Uggerhøj.

Kopenhagen Fur will hold its next auction from 22 June to 1 July, and the sales year will conclude with an auction in September.