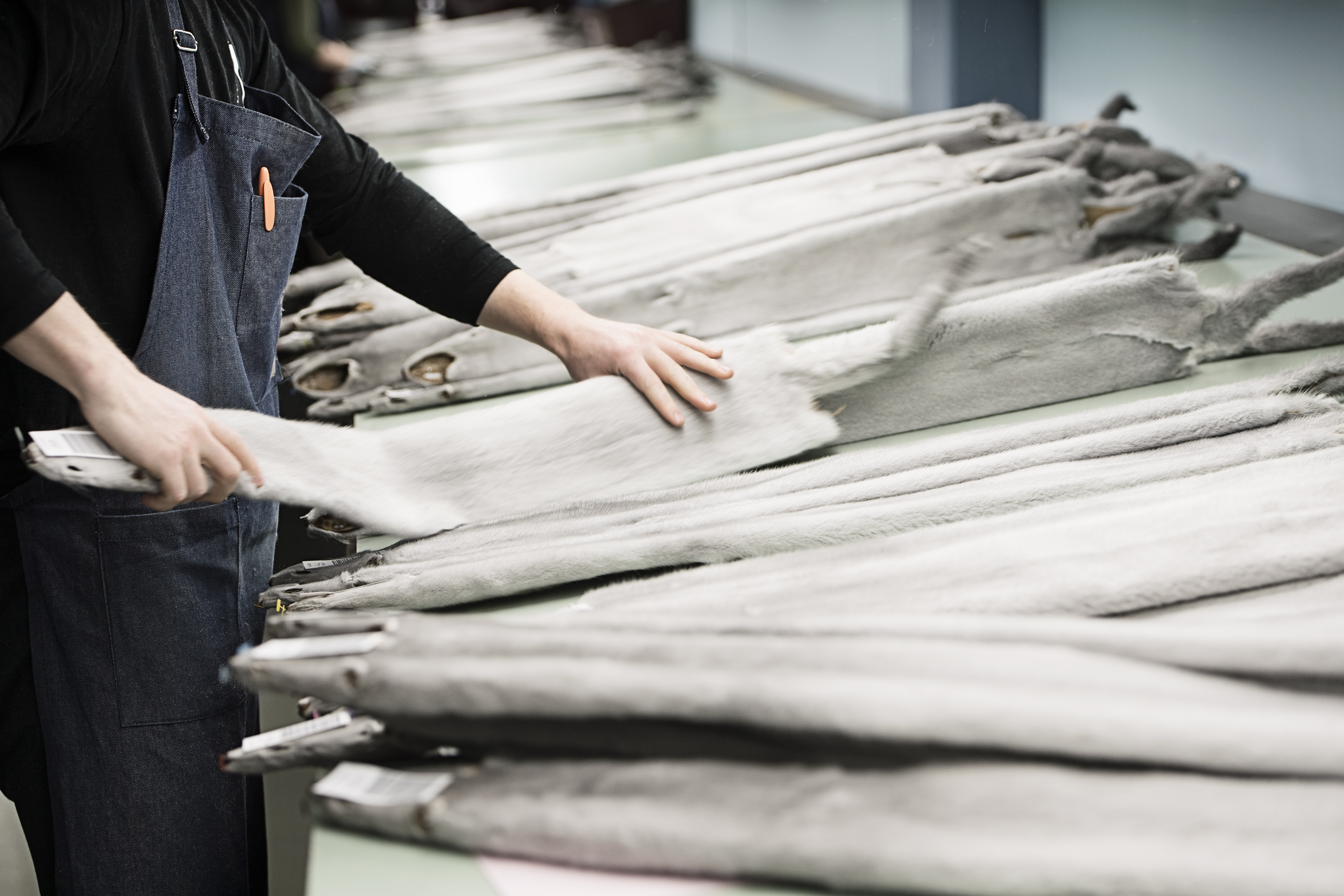 When skins come in to Kopenhagen Fur from Denmark, Europe, and beyond to be offered up for auction, it’s up to Quality Director Bjarne Rasmussen to make sure that they are graded under the right guidelines.

“We’re a cooperative, so of course we want to get the right price for each skin for our fur breeders. But it’s just as important that grading is appropriate for what our customers are looking for,” says VP for Quality Bjarne Rasmussen.

At the end of last year, Kopenhagen Fur adjusted the margins in our grading categories to improve the assortment of skins in each quality grade. Customers can already see that borderline skins have been moved down to a longer nap grade, making the resulting assortments more uniform.

Especially our Burgundy Short Nap has more sharply defined borders compared to last year, due to many skins being moved from Burgundy to Ivory.

“Customers that buy Velvet skins, which are by far the majority, will see that the grading is just a bit tidier since the most borderline skins in each category, those with longer hair, will move a notch down.”

Rasmussen says that the streamlined grading, along with a continued emphasis on accuracy with increased quality checks, makes it easier for customers to get what they want.

Another example of that is with open skins, which are now graded as Short Nap 3 – skins that are so short-haired that their guard hairs do not cover their underwool, so that the underwool is visible.

“Some customers like this skin characteristic, which they feel fits well for men’s coats. It’s so short they don’t have to shave the mink at all to get a short effect,” Rasmussen says.

With the Short Nap 3 name, that hair length can now more easily be divided into ultra-short nap skins of different quality types, making it easier for customers to see what they are getting.

“There has to be a fine balance between skins being graded uniformly and at the right level so that they fetch the right price.”