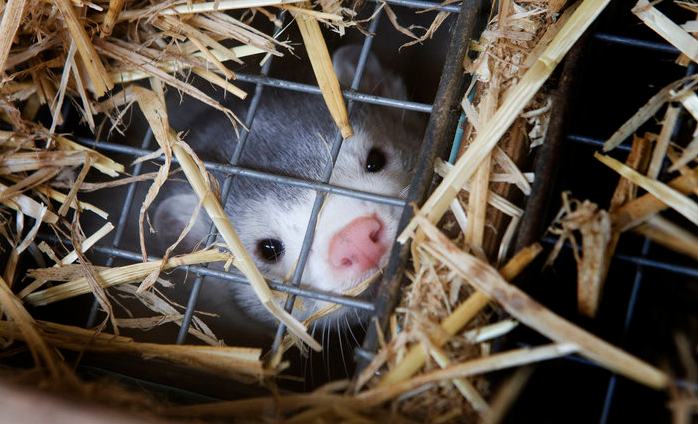 The global production of mink is adapting to the market. Especially in China, the production has dropped drastically.

From approx. 72 million mink in 2015 to around 54 million now. That is the estimated level of the world production of mink. The estimate is made by Kopenhagen Fur and is based on, among other things, the number of breeding animals and the amount of feed supplied by feed kitchens around the world. However, because there is some uncertainty associated with the counting of breeding animals in different parts of the world, the count should be seen with reservations.

In Denmark, the Danish mink breeders produced approx. 18,6 million mink last year. Now, the Danish production is at 17,1 million. This number is based on an approx. 7 percent decline in the count of breeding animals. In week 25, the number of kits born this season will be reported, which may influence the Danish production figures. In the remaining Nordic countries, the production has declined by 500.000 - from 4 million to 3.5 million.

A year ago, the total production in Eastern Europe was approx. 16 million and it is estimated that it has now declined to just under 14 million. In Western Europe, an approximate production figure of 7 million last year is now at around 5.2 million. Holland accounts for the largest decline in production. In North America, the production has gone from around 7,5 million mink to just under 6 million.

The greatest drop in production figures has happened in China. Here, mink breeders produced approx. 18 million mink last year. That production is now at approx. 8 million. The production of mink was at its highest in 2013. The worldwide production was over 87 million mink, of which China produced 40 million.

Kopenhagen Fur offers approx. 7 million mink in June and the Danish auction house will hold its final auction in its sales season this September.