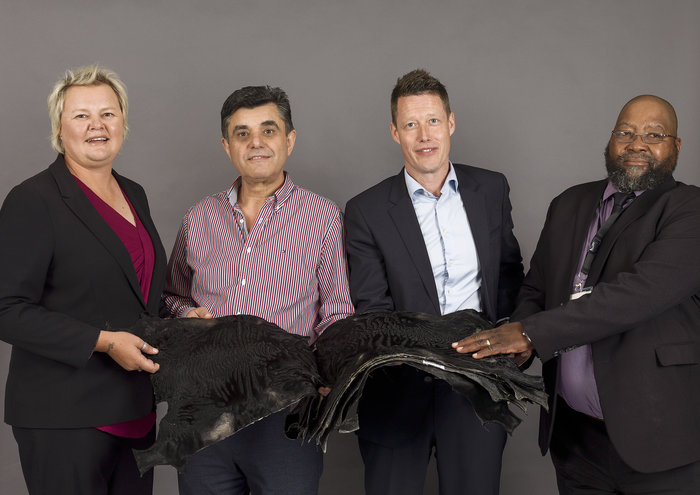 At our March auction, our highest quality label, Purple, is already a very limited group with just 15 percent of the almost 27,000 skins Swakara Black skins on offer.

The Top Lot is even smaller. Just 0.3 percent make the grade.

When you buy a Kopenhagen Fur Top Lot, in addition to becoming part of an exclusive society of Top Lot buyers and farmers, you really are getting the best of the best.

For Swakara, extensive patterning makes a Top Lot. The best Swakara skins will have motifs that cover the entire pelt.

But getting the ultimate skin can just be the start of a longer process.

In April 2017, Greek furrier Athanasios Konstantinou bought what he called “the most beautiful Swakara I’ve ever seen” as the Kopenhagen Fur Top Lot for Swakara Black going at 620 DKK a piece.

His son Mike, who helps run the company Konstantinou Furs in Kastoria, Greece, says that it can still take a bit of time for such skins to end up being worn by a customer.

- We are using the Top Lot skins to make a unique coat for the gala show of the 43rd International Fur Fair of Kastoria, he says.

The garment will be shown at the fair, running from 3-6 May, before eventually being sold to a customer.

His father is still on the lookout for good Swakara skins, and will be visiting the March auction.

The six skins in the Silver Fox Top Lot feature extremely even and dense guard hairs.

“I chose the Top Lot from the best of the Platinum skins in Medium and Pale,” explains Norwegian grader Steinar Davidsen.