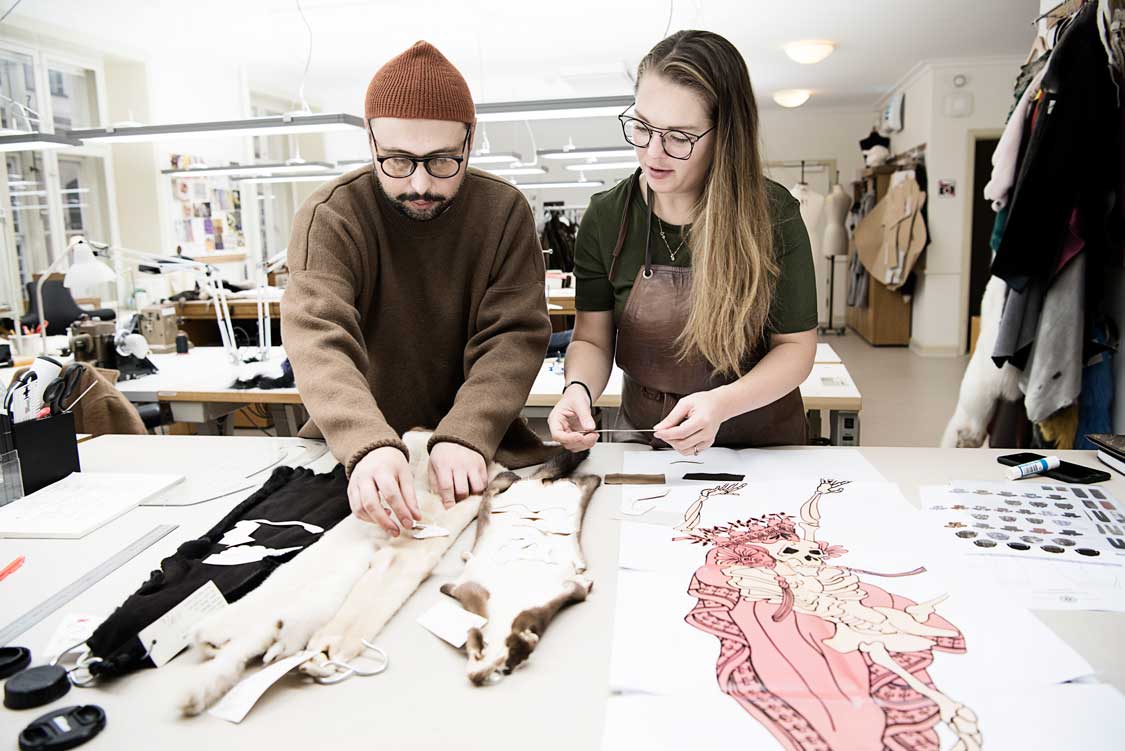 It was never entirely obvious that Maria Ottosen Ebbensgaard would become a furrier. She initially began as a hairdresser after which she decided to become a tailor. It was at her training, that she experienced the furrier trade. Furriers were studying in the room adjacent to her and she found herself drawn towards their work. She was fascinated by the notion that there is no single correct method for accomplishing a task.

- The same sharply drawn lines don’t exist. All furriers work differently, so we continuously learn from each other. The final product is completely dependent of the individual furrier’s methods, says Maria Ottosen Ebbensgaard

Her fascination led her to pursue a career as a furrier and shortly after that she began as an apprentice with furrier Steen Bergstrøm. That is now almost 13 years ago. Under his tutorage, she learned to work with many different skins and she participated at Kopenhagen Fur’s auctions often, to assist him with the purchase of skins. She graduated in 2007, and is now a very experienced and skilled furrier.

Four-and-a-half years ago, she began as a furrier at Kopenhagen Fur Studio. And she has had the opportunity to work with many creative designers during this time. Most recently, she and her colleague, Sofie Løvenstjerne, assisted designer Edda Gimnes with her latest collection, which features Norwegian Type. This latest work took place during the winter, when Maria also assisted London-based designer Edward Crutchley.

- It is exiting to work with Norwegian Type. They possess tremendous volume, so we can create a dramatic look. We can actually make many different looks, because the skins are so full with long hairs. We can make a deep 3D effect and make the fox fur look feathery and we can also make it look fuller.

Maria describes the designer Edda Gimnes as innovative. She explains how Edda draws her details for the designs with left hand even though she is right handed, and then print the childlike drawings on the fabric. Instead of an actual buckle she would put on a drawn buckle as seen on one of the Norwegian Type coats from the Kopenhagen Fur x Edda-collection.

Maria Ottosen Ebbensgaard is looking forward to working more with the Norwegian Type in the future.