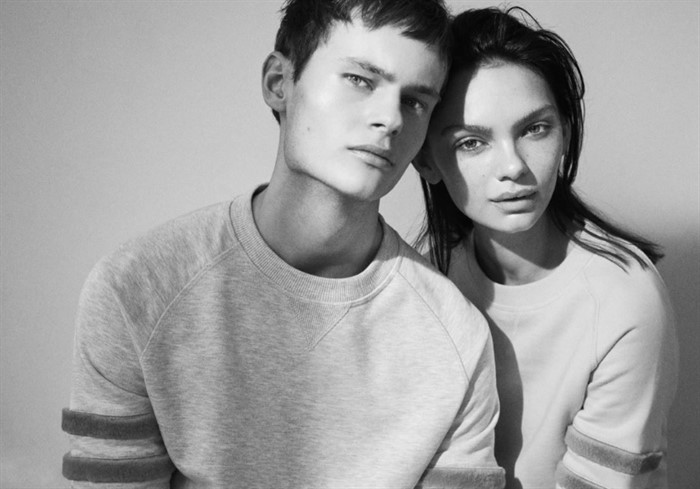 Kopenhagen Fur's Nexus department, which focuses on assisting designers and manufacturers in establishing business relations, has entered into a design collaboration with the Danish fashion brand, Les Deux.

Two Danish designers who wanted to give everyday wear some edge, established Les Deux in 2009 and since then, the brand has successfully established itself in Denmark, Europe and Asia. Currently, Les Deux can be found in approx. 250 retail stores in 14 countries.

Since the cooperation began, the Les Deux team has been busy learning about fur, specifically the various processes concerning design and production as these require extensive knowledge because fur differs considerably from the materials that Les Deux are accustomed to work with. The team behind Les Deux are fascinated by mink and have found it natural to integrate it into their universe. The result is a series of sweatshirts and caps with beautiful details in shaved mink for both men and women. These designs were introduced during the Copenhagen Fashion Week this year and were also presented to potential Chinese customers at Kopenhagen Fur's exhibition, The Stand, during Shanghai Fashion Week.

Les Deux are convinced that with fur in their collection, they will be able to increase their brand value and gain access to new retailers. Les Deux's great ambitions are underlined by the inclusion of fur in their 2017 spring/summer collection.