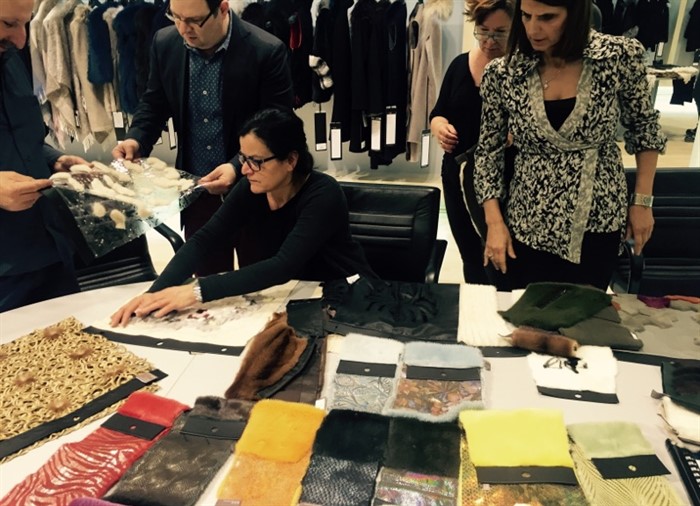 This weekend, Kopenhagen Fur participated in Kastoria International Fur Fair in Greece. The fur fair is important, since it gives indications of the situation in the fur business.

Kastoria International Fur Fair is a large fur fair, where the most influential players in the fur market are exhibiting and looking at new styles and doing business. Per Knudsen, Global Sales Manager of Kopenhagen Fur, visited the fair.

- Kastoria is one of the most important areas in Europe when it comes to fur and the production of fur. During the last years, Greece has been looking at new markets, but the activity is still primarily in the Russian areas. The Greek customers are important and during the auctions they are giving us good indications of how the industry is doing in Europe and Russia, says Per Knudsen.

He also tells that Kastoria did a good job trying to make the fair attractive. For example, they managed to get the highest number of attending exhibitors and the 13,000 square metres of the exhibition area was quite full.

Indications of the Russian market

- There were a lot of Russian customers despite of the economic situation in Russia. The expectations were not very high, but the persons we spoke to were quite surprised, because there were many more than expected. Of course there was not as much activity as in better times, but we experienced a better fair than we hoped for, says Per Knudsen.

According to Per Knudsen the most interesting question is if fur items are being sold. Some agreements were made, but smaller orders were placed than normally and some of the exhibitioners were worried that the orders may not come through in the end.

All in all Per Knudsen is satisfied with how the fair went. There was a good atmosphere among the many guests.

- It strengthens the awareness that fur is still an attractive product, but of course the prices makes it more attractive for the smaller dealers and producers to buy fur and that opens up for new players in the industry which is very important, and one of the things we have been fighting for is to make the fashion industry use fur even more, says Per Knudsen.

Per Knudsen tells that there was a tendency of using smaller amounts of fur in the different styles. With the lower skin prices it may be more attractive for the fashion industry to implement fur. If the prices are low and the tendency is to use less fur in the styles, it can bring out new players, who may not have had fur in their products before.