The February Auction made a good start 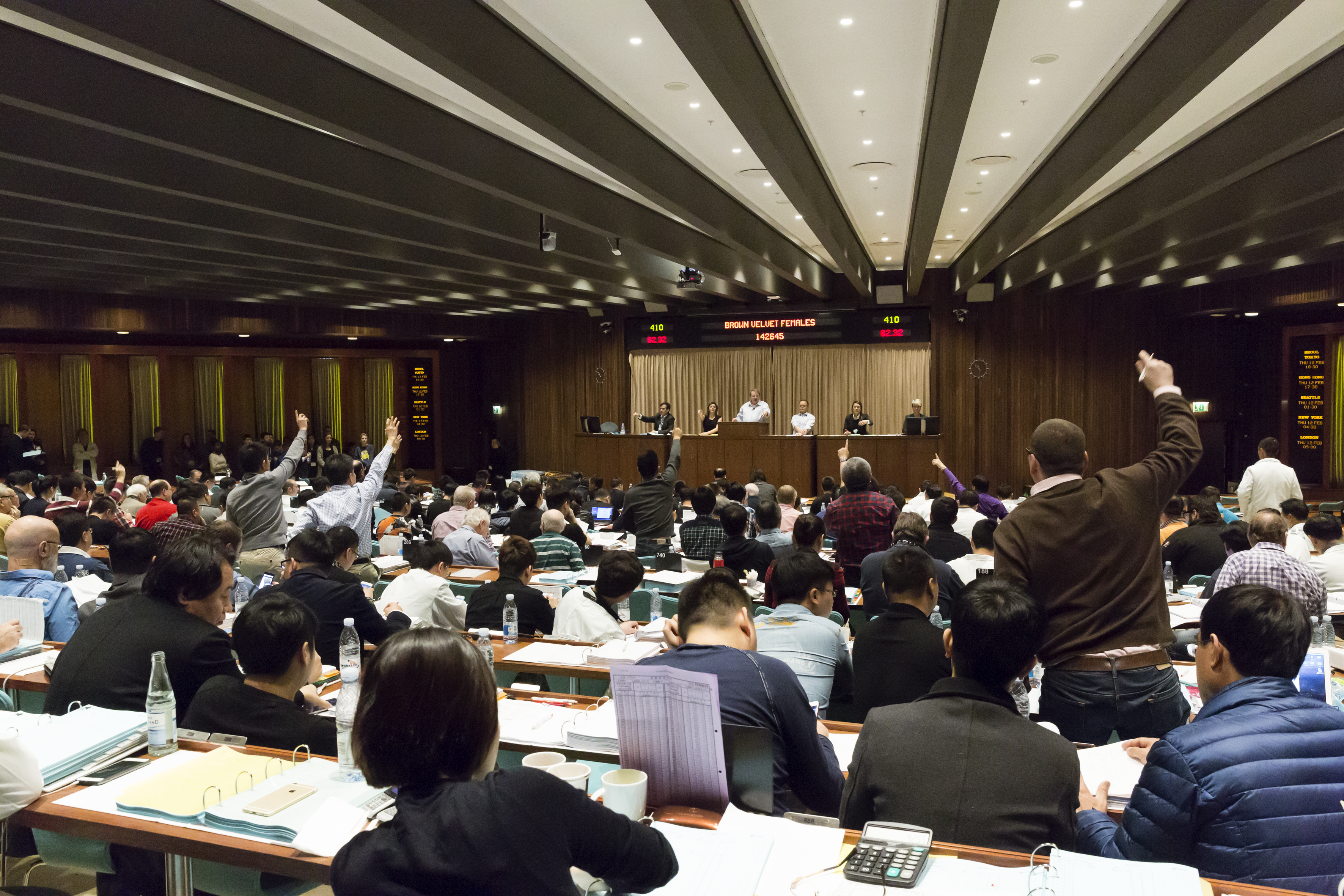 Monday marked the beginning of the annual February auction, and the first price levels were established in the auction room, which was already stocked up with customers in the morning.

"The atmosphere is good and the auction is in many ways as we expected with lots of customers in the house. We have about 530 customers in total, of which more than 330 are Asians," says Per Knudsen, adding that 80 of them are new customers.

Palomino males were the first mink type to come under the hammer, and the large attendance gave good competition and price increases compared to the January auction.

"In terms of price, we have had a starting point, where Classic had a larger increase than Velvet. It is not because of a greater demand of Classic, but because the price of Velvet is already high. So it is the large and good skins which get the increased price," says Per Knudsen.

Silver Blue was as the next mink type under the hammer Monday sold in line with Palomino.

Per Knudsen states that the auction has made a good start, but stresses that the amount today only represents ten percent of the total supply at the February auction, which runs until Saturday.