Kopenhagen Fur News 2016 December WelFur is in tune with consumer trends – the demand for companies with a conscience
15. December 2016Category Animal welfare Tags 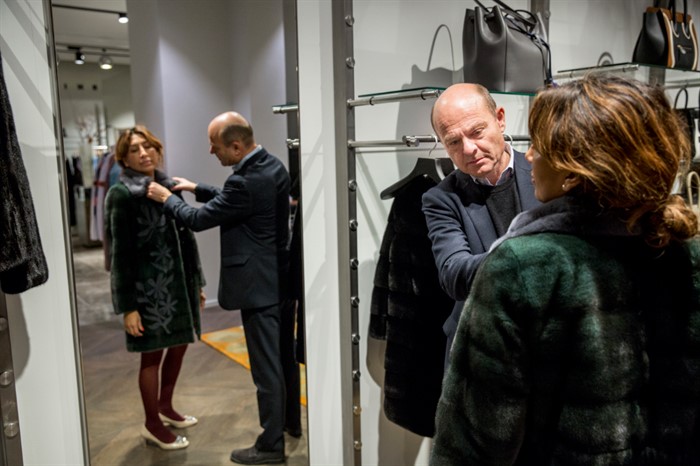 Consumers are increasingly demanding certification, such as WelFur, that provide transparency and guidance as to the goods they buy. A trend Kopenhagen Fur is keen on embracing and endorsing.

Trademark systems that certify compliance with industry standards are booming. According to Pej Gruppen, a respected trend institute analysing consumer behaviour for over 40 years, WelFur is a natural extension of this trend in certification.

- It's been in the pipeline for a long time, so it's inevitable that it has come to the fur trade, as well, observes Louise Byg Kongsholm, CEO of Pej Gruppen.

- Trademark systems have become important to many other trades. It's good that the fur trade has addressed this trend so that complete transparency can benefit everyone.

Consumers want to buy from companies with a conscience. For Kongsholm, certification is clear evidence that consumers want help.

- Today, consumers are faced with an insurmountable amount of information and choices, notes Kongsholm.

- It's difficult for them to assess what is right or wrong, good or bad animal welfare because they do not have the time or resources to familiarise themselves with all the products - from eggs to milk to mink garments. It's a challenge for them to know which products are aligned with their conscience.

Crucial to be thorough - to choose with confidence

- The testing of WelFur protocols have been taking place on Danish and European farms since 2011, says Kongsholm.

- It's very good that certification has become an imperative, because it allows for thorough testing. A long development cycle means that any mistakes that arise can be addressed. Because as soon as the certification is official, you are committed.

Ultimately, it's about choosing with confidence. With WelFur, the benefits extend to consumers and beyond - including designers who choose to work with Kopenhagen Fur.

- Welfur will benefit more than the end consumer interested in buying fur. It is an advantage for the fur trade that the certification is so thorough. That way, designers who want to use fur can confidently choose the mink skins coming from the auction houses. Designers put their reputation in trade's hands. They can defend their choice of mink skins because they know they are certified.

- Personally, I really believe in certification," says Christensen. "I am very open and strongly believe that the more transparent we are, the better. It is only positive that we can be more open about the world we live in and make it possible to trace the skins.

From Christensen's perspective, it would be ideal to be able to refer to concrete facts that ensure animal welfare, especially when customers ask about his fur garments:

- To be honest, we don't have proper documentation in this regard. If we go deeper into a conversation with a customer, it would be really positive if we could refer to something concrete.

The responsibility begins from within

Denis Simonin is the Policy Officer on Animal Welfare at the European Commission. He also supports transparency. At the same time, he believes that certification and making information available to consumers is primarily the responsibility of the industry itself, rather than purely a legal, legislative issue. On a global level, major players in the food industry have understood the need to look ahead and go beyond legislation - just like the European fur trade. In the end, every trade is dependent on legitimacy and the ability to fulfil expectations from consumers and society at large.

- The public, and not just in Europe, is more and more emotionally involved with animals, says Simonin and adds:

- Consequently, any trade involving animal husbandry should be very aware of developing standards that fulfil people's expectations. Ensuring that people are both aware of those standards and accept them. The approach taken by the European fur trade fits perfectly with this line of thinking. It is important that consumers and citizens are informed about the processes involved in production. They must assume their own responsibility when they purchase an animal product. I think most people accept the fact that humans rely on animals for various purposes, especially if this is done according to proper protocols and that they ensure the welfare of the animal.