Edward Crutchley Once Again Highlights Fur in his Collection 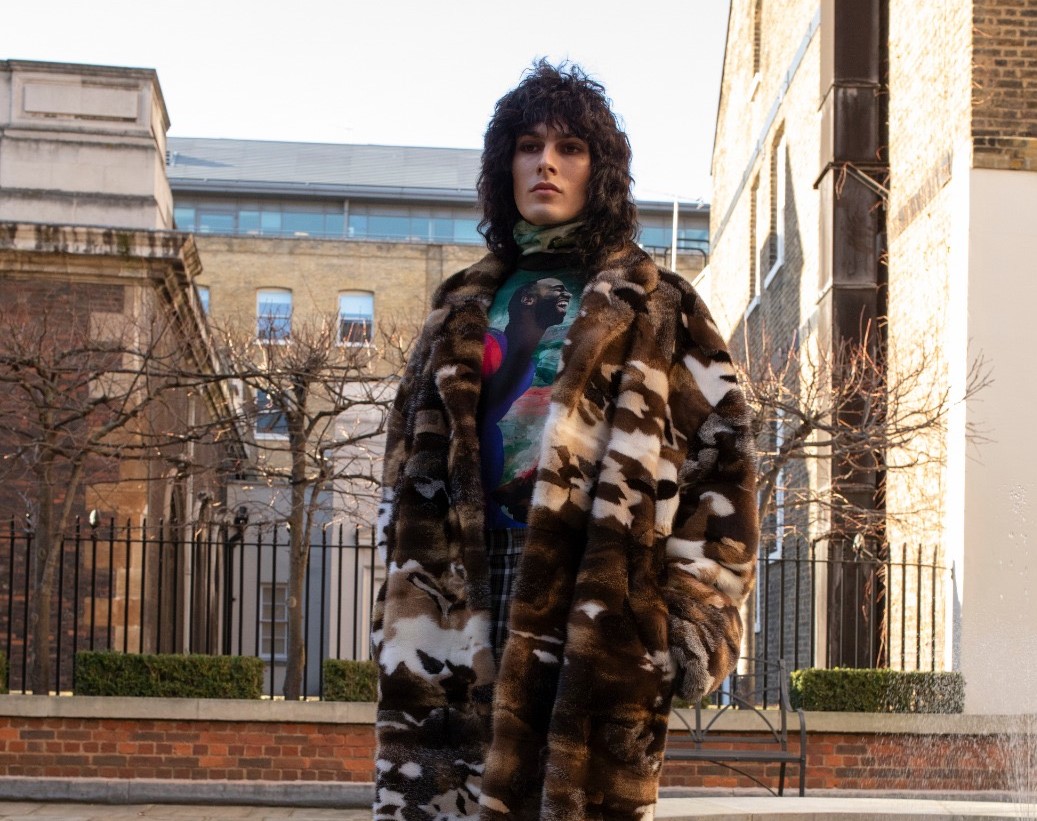 During the recent London Fashion Week Men’s, Edward Crutchley once again held a spectacular show where he highlighted his interest in fur as a material. Out of the wide collection, spanning from exquisite shorts and shirts to patterned dresses, ties and outerwear, six styles were composed of natural mink and swakara fur. We have taken a deeper dive into Chrutchley as the celebrated designer he is.

Edward Crutchley, who studied at Central Saint Martins, has worked with Louis Vuitton in Paris for thirteen years, and is currently working in fabric development at Dior, launched his own namesake brand in 2015 with his debut collection at London’s Fashion East and has been a rising star ever since.

Crutchley’s gender-fluid silhouettes and his innate knowledge of artisanal textile techniques from around the world are making his work very interesting. He’s combining this into pieces that reflect true contemporary luxury, which in 2019 led him to receive, as the first designer ever, two prizes from the International Woolmark Prize and was shortlisted for the BFC/GQ Designer Menswear Fund. The London based designer has a broad knowledge and interest in fabrics, and textiles and materials are of major importance to his brand.

Sustainability is not just a trendy term in the Edward Crutchley-vocabulary as it is an incorporated ethos within his whole business. His clothes are grounded in tradition with a true response to craftmanship and rethinking of materials. He describes that in his opinion, there must be a reason for it if one is going to be producing clothing today. The main reason to Edward Crutchley’s choice of working with fur is that it is biodegradable and thus it will not harm the environment nor create additional waste as it will return to the planet.

Last summer Edward Crutchley participated on a trip to Namibia with Kopenhagen Fur visiting Swakara farmers that live on farms where they receive 3 millimeters of water a year. Extraordinarily hardy from the conditions of their semi-arid home, the Karakul sheep, that was transferred from the steppe of Central Asia to Southwest Africa in 1907, quickly adapted to the desert climate of Namibia – on this he elaborates:

“We should look at traditional textiles and what their involvement and impact is. Nothing else can be grown there [at the farms], but it is a skin that isn’t well known, and it should be, because it is incredible. As well as looking at technological advances, there is a lot of benefit in what we already have.”

Namibia is a country that Kopenhagen Fur has a long-lasting  and fond connection with and a love that goes beyond fur, and to Edward, knowing and caring for the supply chain and supporting the communities that are tied to the land is a key point when talking consciousness;

“Sustainability isn’t just environment, it is people – and it is skills. And all three together can provide the solutions” he says.

Edward Crutchley and Kopenhagen Fur have collaborated since AW18 – latest on his AW20 collection which was shown at London Fashion Week Men’s at the start of January this year. For this collection, Kopenhagen Fur Furrier & Production Coordinator, Maria Ottosen Ebbensgaard, has worked together with Edward on crafting the six fur coats with diverse expressions;

“Two of the coats are manufactured from various types of brown mink, including mutations. On these two styles, we have collaborated with Søren Bach, renowned hairstylist, who bleached the fur to bring out the red tones, as Edward wanted the expression to resemble a hyena” Maria describes.

In previous Edward Crutchley collections, his fur styles differs in anything from pants and slippers to embroidered mink fur on blankets.