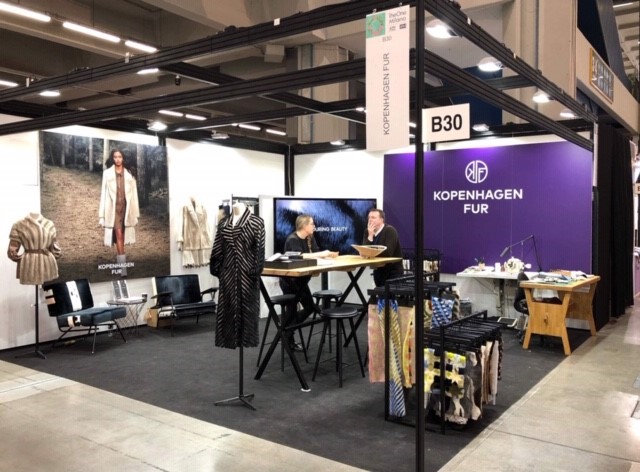 MiFur and TheOneMilano gave the fur trade a positive boost last month, with visitor numbers that were quite a lot higher than in 2018, according to the figures from fair organisers.

Kopenhagen Fur was present with a stand, and according to Head of Sales Kasper Reinbacher, the show was dominated by the Italian fur business, but with South Korea, Russia, Central Europe, and the USA also well-represented.

“MiFur has succeeded in attracting the European Fur trade, after it was decided to move the time of the fair to be the same time as the annual fashion fair,” Reinbacher says.

Leading European fur brands had a large amount of orders during this year’s fair. The same went for the Turkish exhibitors. Special designs and combination jackets sold especially well.

“The market for more specialised skin types, such as chinchilla, is really strong for both skins and ready-to-wear products. Also fur types with longer hair are in high demand right now,” he says.

Exhibitors selling tanned skins were generally looking forward to the upcoming auction to get the market price on mink skins established.

The fashion fair, White Milano, showed that Milan is still a city of fur. Fur coats and accessories with fur were very present in the streets among the old as well as the young. Despite current challenges, there was a strong believe in the future of fur.