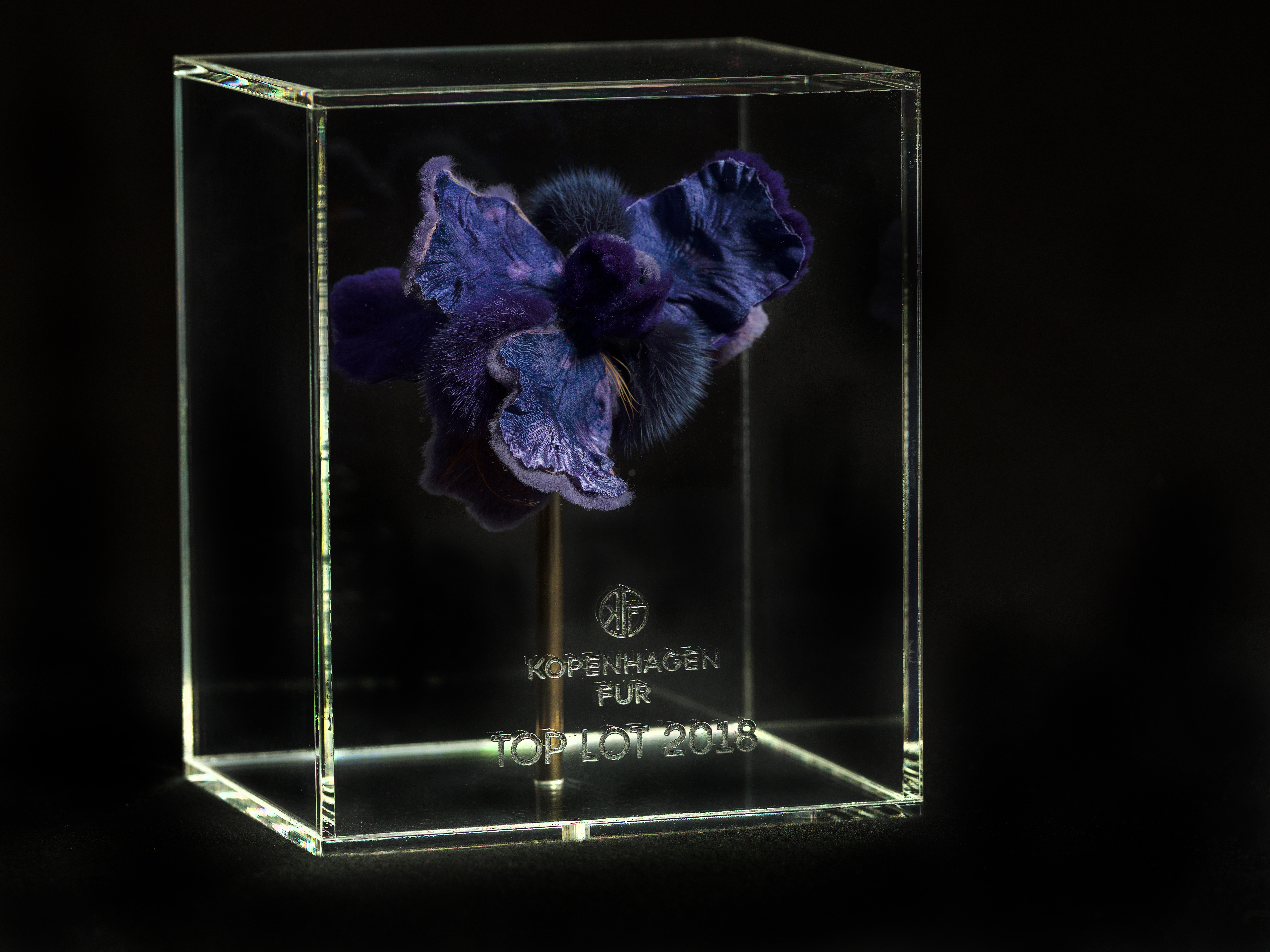 A luxurious bundle of skins deserves an equally exciting award in our signature purple hue.

Effi, who has in the past worked making silk flowers for fashion houses such as Christian Louboutin, Dior, Galliano, and Louis Vuitton, says that she values simplistic design.

“It has been important for me to make the flower relatively simple, symmetrical, and at the same time voluminous. It exudes extravagance and luxury, which is why I have also added silk on the back of each petal. At the same time, there is no doubt that it is also made of mink, which has a form that is also eye-catching entirely on its own,” she says.

The award is modelled on a blue iris, a flower said in the West to symbolise hope and wisdom. It is a popular flower to grow in gardens, and is an emblem of royalty in some countries.

“The little nuances are very important for me, and I added a small contrast colour to the Kopenhagen Fur purple. The small feathers provide a sense of ease and lift, making the flower even more spectacular to view,” she says.