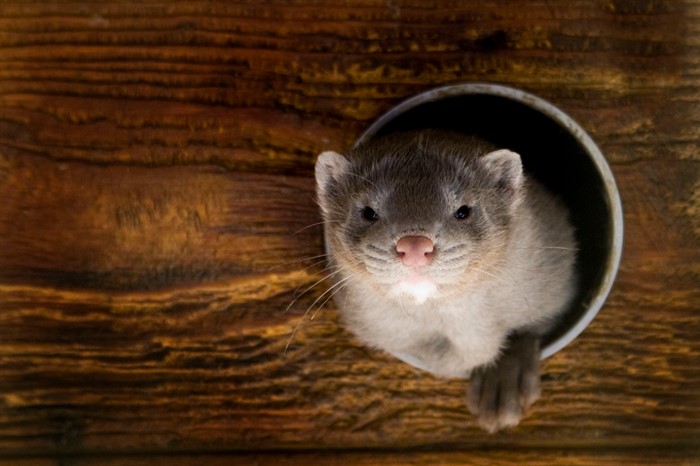 Given the growing market demands driving the assurance of animal welfare, the fur trade is taking responsibility with an initiative that goes beyond current legislation. Namely WelFur. More and more consumers are demanding the certification that WelFur can provide. And in fact, WelFur is being used as a business model for other trades.

There's an increasing trend in social consciousness, where many consumers are willing to spend more for good animal welfare. This has prompted the trades themselves to take steps to improve and ensure animal welfare beyond legislation.

- There are several reasons for this, says Henning Otte Hansen, Senior Advisor at the Department of Food and Resource Economics, Copenhagen University.

- One of the goals is to be ahead of legislation. Generally, business and trades feel a sense of responsibility. They want to ensure rules that they can live up to and define standards they know they can comply with. Another goal is to meet consumer requests. The fur trade recognizes that there is a need from some consumers who are willing to pay more for certified high animal welfare. A third goal is to raise the standards of the trade and distance itself from the potentially few farmers with a low regard for animal welfare.

There are many instances of market driven animal welfare. In fact, the meat counter is full of examples where trades have created brands that consumers are willing to pay a premium for.

- One example is the symbol for organic products in Europe, notes Hansen.

- It has gained clear recognition and increased awareness. It is a good example of the trade setting standards for which consumers are willing to pay a substantial extra price. Free range eggs are also a good example of setting a higher standard, where the producers typically earn more.

Important to unite all of Europe

However, there are other examples of market driven welfare brands, where neither consumers nor producers are benefiting. As Hansen points out, one such example involves supermarkets that compete against each other by having their own animal welfare brands. He believes these initiatives actually confuse consumers and create doubt, because the result is a jungle of different welfare brands leading to the consumers' inability to choose between them.

- They work together and have a welfare brand that applies to all suppliers - with only one set of standards. You achieve a robust brand with a high level of credibility and trust which, I believe, will be very good for the trade. This also means that you have equal conditions for competition because every European country is part of WelFur and must live up to the same standards. Likewise, any farmers with a low regard for animal welfare cannot receive the WelFur certification. I am convinced that all of this will lead to WelFur benefiting the producers' bottom line.

According to Peter Foged Larsen, Head of Science and Diagnostics at Kopenhagen Fur, WelFur is more than merely a certification. "It is also a vital tool that shows how to optimize production. Good animal welfare also results in a better product for which the farmers get a higher price.

- Simply put, WelFur is the culmination of 30 years of research boiled down to four animal welfare principles," adds Larsen.

- There is a financial benefit connected to achieving a high WelFur score. For instance, damaged skins from mink fetch a lower price at the auction. Poor feeding results in fewer kits and poor growth, thus a low sales price. If a farmer has a high score based on WelFur's criteria, then he will also make more money on his production compared to farmers with a low WelFur score. Take good care of the mink and it will clearly pay off. All in all, there is a financial benefit to having a high WelFur score.

These figures come from a survey of European citizens' opinion concerning animal welfare ordered by the European Commission. The survey was based on face-to-face interviews with 27,672 citizens with different social and demographic backgrounds from all 28 members of the EU.