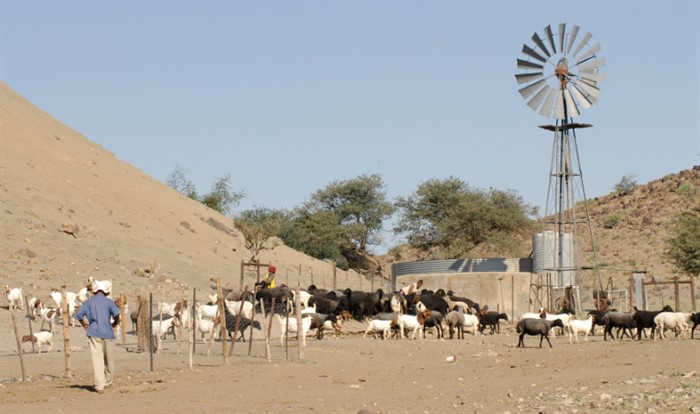 According to the Namibian newspaper New Era, Swakara farming has made a significant contribution to Namibian economy.

Raimar von Hase, chairperson of the Swakara Board of Namibia, says Swakara farming has made significant contributions to the well-being of Namibians, especially in the arid southern parts of the country.

Von Hase said this last week when he appeared as main speaker at an information day of the Swakara Board held in Windhoek. His sentiments were echoed by Paulus Apollus, Swakara producer and board member, who said that Swakara has created many employment opportunities and contributes meaningfully to the rural economy.

Apollus urged new and upcoming farmers to join the industry and produce more pelts to sell in  international markets. There were plenty of opportunities for more pelts to be marketed, he added.

These remarks came as the industry is starting to sort the sought-after Swakara pelts for the much anticipated fur auction to take place in Denmark on September 10.

The Swakara Board last week shared its core functions and explained Agra's role as the sole marketing agent of the pelts, at an open day that was also attended by Maureen Hinda, Deputy Minister of International Relations and Cooperation.

Apollus told guests that Swakara in Namibia started more than 100 years ago.

"The first karakul sheep, whose origins can be traced back to Buchara in the vast steppes in Uzbekistan, were imported via Germany into the then 'Deutsch-Südwestafrika' (now Namibia) in 1907. The arid semi-desert conditions prevailing in southern and western Namibia proved to be an environment where the sheep thrived without having any negative impact on the very fragile ecosystem, and delivered a high value agricultural product."

He explained that Swakara slowly developed into a meaningful economic force and thereby improved the living standards of many Namibians. "From humble beginnings, production took off in the mid-1930's and by 1934 already close to 355 000 Swakara pelts were exported. By 1943, the amount totalled 2,2 million pelts and culminated in a record amount of 5,5 million pelts sold during auctions in 1972. However, the industry came to a near standstill in the late 1980's because of fashion changes, overproduction and the anti-fur activities of the animal rights movement. In 2015, just over 120 000 Swakara pelts were marketed at Kopenhagen Fur (KF) in Denmark."

Bernd Rothkegel, co-opted Swakara board member, gave a summary of the 'Swakara Wool Initiative' which is carried out in partnership with the government through the Ministry of Industrialisation, Trade and SME Development. He noted that wool is a by-product of the sheep which is used to make carpets and other products.

"Namibia currently produces about 360 tonnes of wool annually, of which only 50 tonnes are currently used locally. Thus, we can confidently say that there is an untapped market for Namibian wool and plenty of scope for local value addition," he said.

Jaco van Zyl from Agra explained the Swakara value chain under the theme, "From desert till the hammer falls." He said that farmers deliver their pelts throughout the year to 'The House of Swakara', where pelts are sorted, graded and shipped to the auction house in Copenhagen, Denmark. The Swakara pelts are auctioned bi-annually at the April and September Kopenhagen Fur auction house in Denmark, where bidders from all over the world compete for the pelts. The farmer retains ownership of the pelts until the hammer drops, and is paid out by Agra within seven days of the auction.

At the same event, the Swakara Board presented framed Swakara garment posters to stakeholders who play a significant role in, and support to, the Swakara industry. The recipients were the Ministry of International Relations and Cooperation; Ministry of Agriculture, Water and Forestry; Ministry of Industrialisation, Trade and SME Development and Agra Ltd., the marketing agent of Swakara pelts.