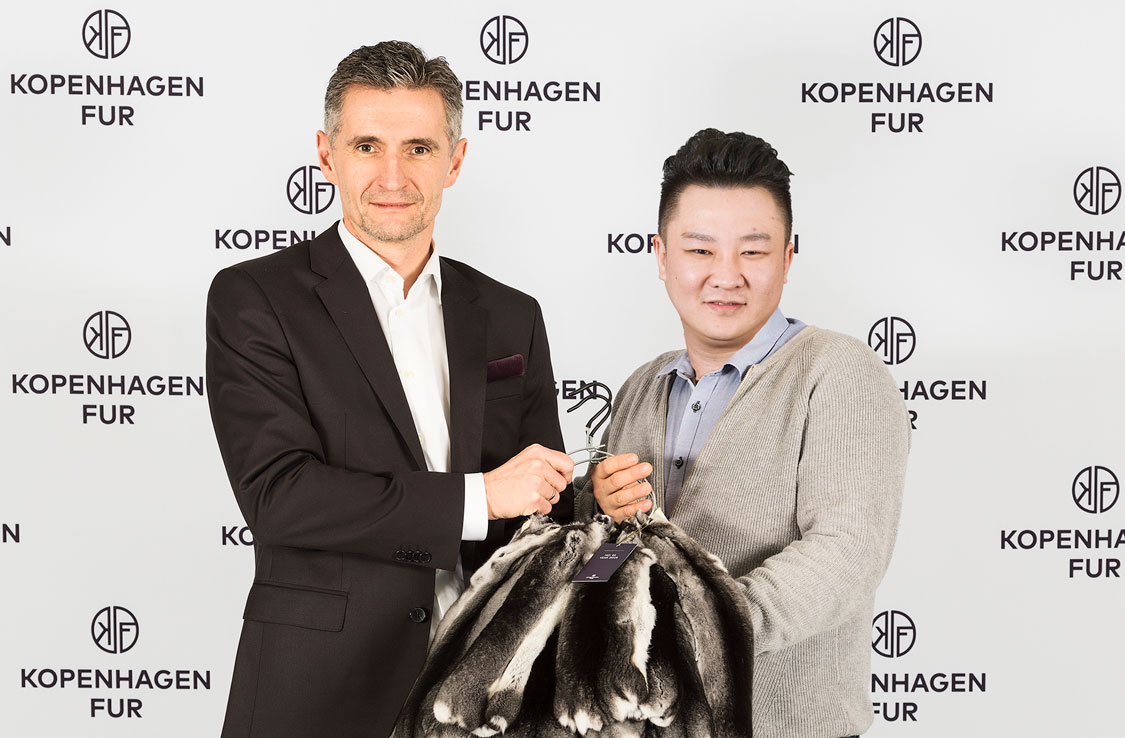 It was the former triple top lot buyer Mr He Jing who took home the 50 finest chinchilla skins on the first day of the February auction. The skins went for 1,540 DKK each.

Mr He Jing from the exclusive studio Beijing Sensations Fur has acquired a taste for Top Lots. On the first day of the February auction, he bought the Chinchilla Top Lot. The Chinchilla Top Lot was purchased for 1,540 DKK for each skin. It wasn’t the first time the Beijing based designer and tailor Mr He Jing bought a Top Lot. In September, he made Kopenhagen Fur-history when he, as the first customer ever, bought three Top Lots during the auction. Among these three, he also purchased a Chinchilla Top Lot in September. He went all in as it was the first time ever he bought a top lot. Back then he stated:

- What really matters is that I want the finest quality of skins for my customers, says Mr He Jing.

Beijing Sensations Fur specializes in making fine, quality customized fur and leather garments for high-end customers. His luxury store is located in one of the prestigious, beautiful and traditional quarters of Beijing. Here, his company is located in one of the well-known, traditional courtyard houses, Si He Yuan, that evokes the history of the Western Zhou period in China, which has a history dating back over 2,000 years. His decision to place his business here and brand it as a private, exclusive club, as well as his decision of buying Top Lots, go hand in hand.

- No matter the cost, we must have the finest skins for my customers in surroundings that evoke the history of China, he says. He chose the chinchilla skins over other types of skins because they are rarer and indicates luxury and exclusivity, he said in September.