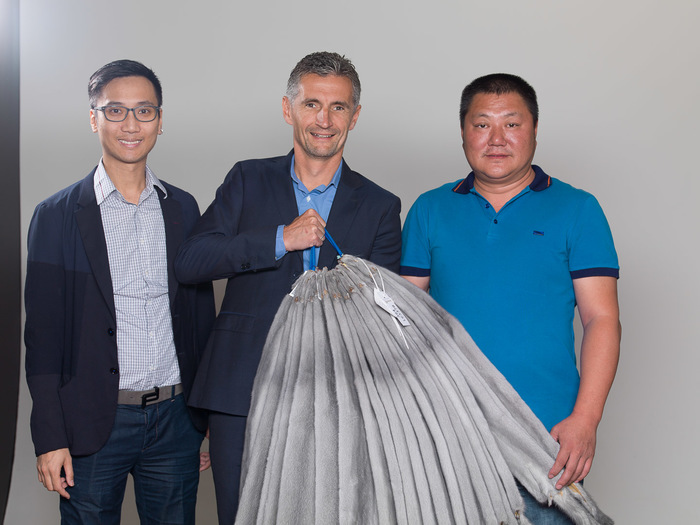 Something unusual happened at Kopenhagen Fur's June auction. Mr Pan Zhi Jun from Golden Lady Furs purchased the Sapphire Velvet Female Top Lot for 4,000 DKK per skin. It is worth noting that each Top Lot consists of 50 skins.

The auction room was brimming with excitement as the bids climbed higher and higher to what was ultimately the third most expensive Top Lot in Kopenhagen Fur's history.

- There was a lot of excitement in the auction room, but I was not nervous, Mr Pan Zhi Jun says.

- The price was pushed up because of two other gentlemen who were also eager to win the bid, but thankfully, I won the Top Lot.

This was Mr Pan Zhi Jun's first Top Lot at Kopenhagen Fur. He believes that the price was definitely worth it because the quality is unsurpassed.

- Kopenhagen Fur has a strong name in China. They are known for their quality and I want to display that quality to my customers. Buying this first Top Lot will also serve as a positive indication for the future connection between my company and Kopenhagen Fur, says Mr Pan Zhi Jun.

- Our customers appreciate high quality skins and I believe they will be very excited about this beautiful Top Lot, he says.