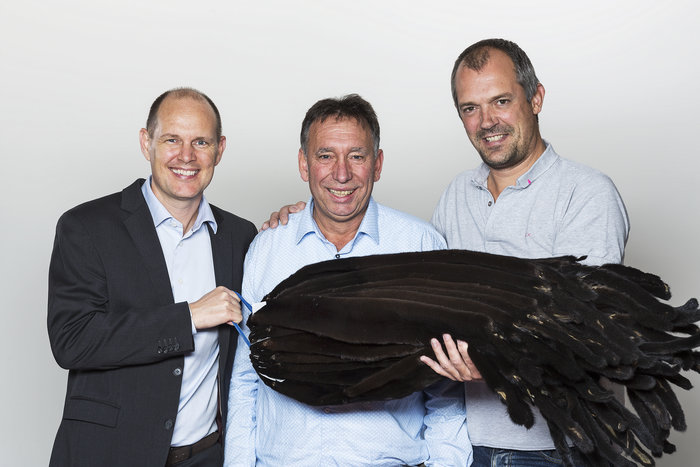 The Mahogany Velvet Female Top Lot was purchased during the September Auction by Rien Leeijen who was accompanied by Dick Morsink, a longtime friend and business associate, who assisted with the purchase.

The Top Lot will be used for something quite different than usual. Rien Leeijen, who has been a farmer since 1984 and who also has a thriving construction business, intends to sell the Top Lot again and donate the earnings to Kopenhagen Furs Kindergarten Project in Namibia.

- I would like to donate the earnings to the Kindergarten Project, because I feel that it is an important project, says Rien Leeijen.

- I would also love to visit one of Kopenhagen Fur´s Kindergartens in Namibia at some time, he adds.

Rien Leeijen works as a farmer but also with construction. His business spans worldwide but his headquarter is located in Holland where he is originally from.

The Mahogany Velvet Female Top Lot was sold for 500 DKK.